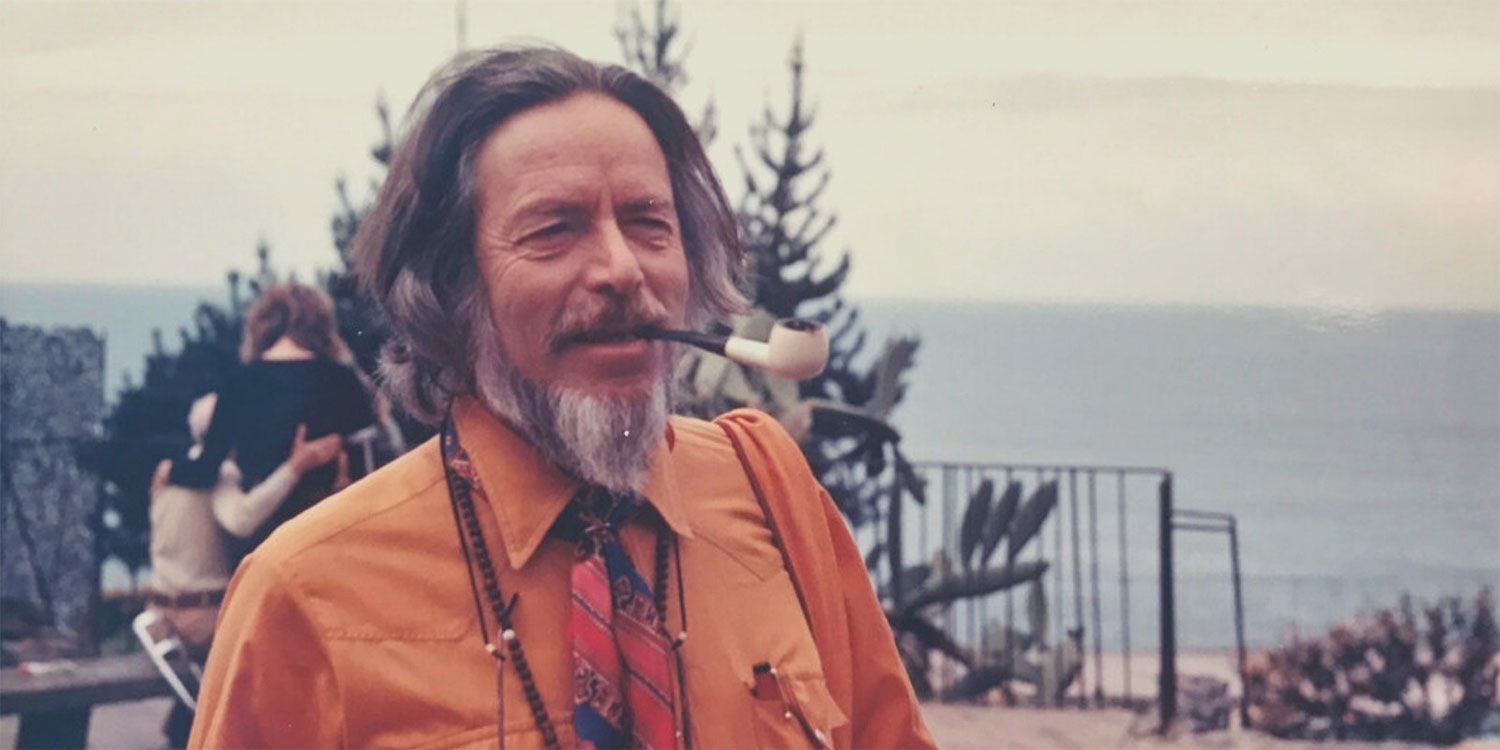 The search for answers landed me to some of my old favorites and helped me to go deeper into some topics I didn’t know I was willing to enter before. It feels like the start of a Hero’s Journey that was popularized by Joseph Campbell.

Who was the old man waiting for me before I cross the threshold of no return?

This post is the second entry in a series of 13 about the story behind the app on Zen Enso. Before continuing, I would recommend reading prior entries first to get a better understanding and flow of the contents.

We won’t suddenly go deep into finding the meaning of life (or to find out what is happening) when we’re living comfortably in our bubble while blissfully ignoring everything that’s not in front of us.

Until some kind of catastrophic event or turmoil forces us to mentally wake up from a daze and confront reality head-on.

These could be any kind of event that causes great stress or pain. For me, it was my burnout experience. For others, it could be heartbreak, backstabbing friends, being scammed, loss of a loved one, near-death experience, tragic incident, or anything that breaks the image/symbols of reality the person is holding on to.

When most reach this juncture (from the way I see it), there are usually 2 options. We could choose to either embark on a soul-searching journey to find out or sit tight and hope everything will just blow over in an instant. Both are valid choices depending on how one’s approaches the problem.

I went along with the former option and didn’t look back.

We often find ourselves caught in a state of uncertainty and desperately searching for someone or something for an answer. In the hope to find a suitable relief or explanation to ourselves that everything is alright. Expectantly, what we find should calm and stabilize our frightened self in a world that’s indifferent to us (mankind). I’m no exception to that behavior.

There are many existing frameworks within the society we can readily adopt due to their visibility. You might be able to recognize some instantly. As the adage goes, different strokes for different folks.

Some lean toward religion because they have been seen as the most reliable authority on the subject for thousands of years while some are interested in going on the spiritual journey (It’s hard to move around due to Covid-19). Others, seek something secular that is more akin to our times. Eg: existentialism, Jungian or Freudian.

Then, there are people like Alan Watts and Jiddu Krishnamurti that say it as it is without bashing around the bush and putting things in their rightful place. What captures my interests is how clear they can see what happens like an outside observer looking inward of the whole shebang.

There is no right or wrong option when it comes to questioning like. You can only choose what you feel is best suited for you now.

In the past, whenever I was stressed out about something I would load up random Alan Watts videos on YouTube to let it play while I rest on my bed. His lectures are amazingly therapeutic as they diffuse through my mind.

He is good at demonstrating how the human psyche operates and explaining complex spiritual and philosophical concepts. At the same time, making them fun and easy to consume. Due to that quality of his, I could quickly come to appreciate what he is saying and understand the meaning behind the idea. Especially his commentaries on our career, money, modern lifestyle, and society at large.

I initially discovered his works in bits and pieces of animated YouTube videos but never really his hour-long speeches a few years ago before the pandemic. At most, those 15-30 minutes clipped video that is usually just audio.

As I went through his large body of works and interviews I came to a better understanding of what his philosophy stands for and where he draws it from. This helps me to see it for myself and be able to interpret what he is trying to get across through his speeches.

If you are interested, you can get his whole collection if you sail the digital high sea or check out all the playlists on YouTube or his foundation and buy the whole collections there.

Seeing how he’s able to fluently and effortlessly describe the many ideas in Hinduism, Buddhism, Taoism, Christianity, and Zen along with relevant examples is amazing. Also, to learn most of the recorded content was made in the ’50s, ’60s, and ’70s.

Runs Better with Every Loop

Repeated listening is an advisable thing to do because I tend to pick up what was not there before and could realize certain aspects in a more profound way than the previous session.

Just like how we learn in a class at school, we can’t get 100% per class, and realistically we could only get 30% to 40% at a time even if we are attentive.

The stop in-between periods is important as it will let our brain slowly digest and simmer out the essence in the contents, it also helps to bring forth new insight and gravity on the topic he presented.

Who is He Anyway?

I would put it this way, he saw through the whole game the human mind plays and enjoyed himself up until his very last moment. He’s like a fun uncle with tons of intriguing and captivating stories to tell his grandchildren as a way to impart some wisdom.

He presents many subjects and topics that all have links back to the human conditions, the mind, ego, nature, religion, philosophy, society, and existence itself. One of his specialties is how he could bring in his western perspective on the subject then just as easily jump into the eastern one to illustrate the idea.

Previously, I was not attuned to all these topics before as I’m much more interested in chasing money, prestige, benefits, and all that jazz in the corporate world. Being hopelessly hypnotized to think that that is the only reality in our modern life for happiness. I was sorely mistaken as I venture deeper into this new area.

One thing is certain, the pandemic stops everything in its tracks and pushes everyone to rethink the way we live. It gives me ample time to dive into these fascinating subjects. I’ve had an inkling before but has now come to a better understanding rather than a superficial one.

Alan made clear that he’s not a guru, yogi, or any kind of spiritual teacher but is more like a surgeon giving precise incision to his patient. Once you heal up, it is time to leave the operating theater so to speak. It’s similar to what Jiddu Krishnamurti would say as well.

He does claim his role is more akin to a Spiritual Entertainer, sharing a perspective he enjoys with his audience in his lectures. Maybe this is why his talks are fun to listen to? 🤔

Thanks to his discourses, I gained a new perspective on life by looking through his point of view. It’s not the religious aspect that captivated me but the core ideas all these traditions share and how it ties together with what others had been saying as well.

These ideas and concepts allow me to interpret my reality more clearly with increased clarity rather than viewing it through my worn-out rose-tinted lenses which I’ve been wearing for decades.

Don’t just read what I’ve laid out here in words but go and load up a video on YouTube and experience it yourself. Have fun exploring!

I would suggest going through these extracted short videos below to see if they capture your interests. If you do then slowly go into the 1-2 hours lectures that he has which are free on YouTube as well. If not, it’s best to come back another time for a revisit.

In Regards to Religion and Spirituality

I am not a religious person growing up nor did I claim faith in any specific religion. However, my parents practice a form of Chinese Folk religion to which I don’t subscribe.

Other than that, I do appreciate science tremendously and how it can explain most parts of the world clearly and concisely.

After all, it is responsible for the exponential growth of the human species in the last few hundred years. From agrarian society to technology & energy-intense-based society which we now inherited. But the new trajectory we are heading as civilization is worrisome.

Frankly speaking, I do have a soft side about Shintoism, Buddhism, and Zen due to my favorite pastime in watching anime. I appreciate Japanese cultures and traditions so I’ve already picked up references from there.

Most of the introduction on religion comes from school textbooks and I’ve not met a person in real life that would go deep into a spiritual subject nor be able to answer me satisfactorily. These things are generally treated like a hush-hush thing as it’s a personal matter while sometimes I see practitioners lashes out due to sensitivities.

This is the usual frustration I hold and what keeps me away because I don’t get a clearly defined answer that makes sense to my mind. To a point, I was too hesitant to approach the subject and anything that is remotely resemble it.

So, my normal reaction was to back off and not talk about it until now.

Alan Watts just breaks all these barriers down, making it fun to listen to and easy for the audience to absorb. So, anyone can go follow up and investigate themselves if they so choose to.

My perspective starts to reshape as I dive into the subject matters and what I found is something more than religion or spirituality, it got to do with the human psyche and its conditions about this world.

Rekindling of a Lost Curiosity

I think there are various factors but chiefly amongst them is the fear from the pandemic, burnout, and Alan Watts. I’m able to rekindle this lost curiosity I once had and allow myself to do some soul-searching of my own.

The very need to understand my existence was calling for an assessment and time was ripe to approach the subject. Along the way, I found lots of great authors that would be worthwhile to give them the time to go through their works.

Thanks for reading the 2nd entry in a series of 13 in total. The next post is The Old Man Pointing the Way if you wish to continue the story. See you there!